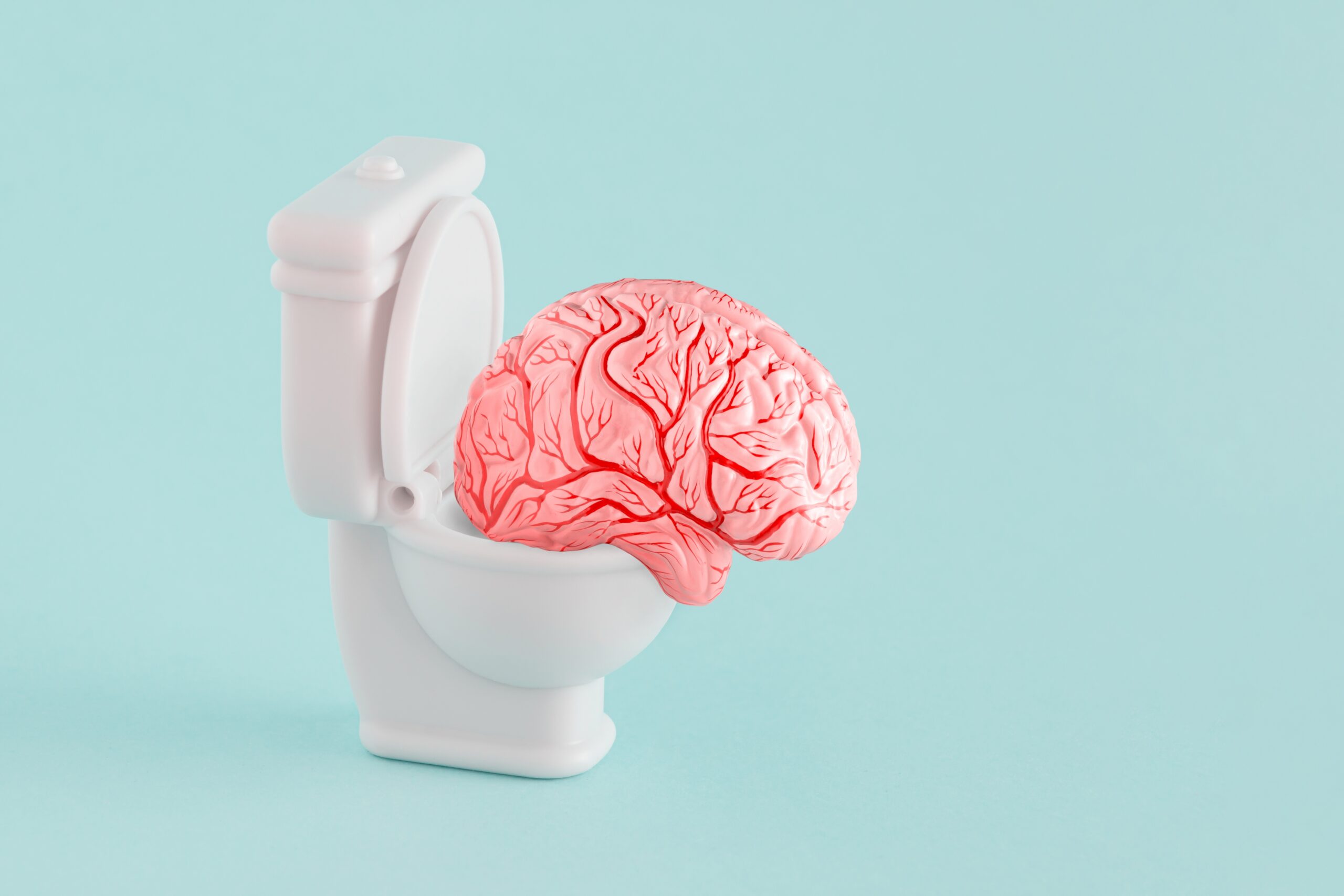 CIRS (Chronic inflammatory response syndrome) has been described as the “brain on fire”. Brain fog is a dominant clinic feature I have seen in a large majority of patients as a complaint in mould illness. This is not a surprise considering that this is a key component of the innate immune response. Let’s explain a little more about how this can occur with a diagnosis of CIRS/Mould illness.

Around 24% of the population have a HLA DR/DQ halotype susceptible gene which results in the body having a decrease in the ability to clear mould toxins (bio toxins). This is due to a inactivation of the adaptive immune response phase in which the body is not able to recognise the invaders (mould biotoxins) and leads to the body staying in a chronic inflammatory innate immunity stage.

As you can see by the above diagram, those with CIRS/Mould illness fail to activate the adaptive immune response which leads to biotoxins persisting within the body and an uncontrolled innate immune inflammatory state persists. Carriers of this HLA-DR (human leukocyte antigen) gene (around 24% of the population) are prone to develop chronic health issues involving systemic inflammation in the body. HLA-DR makes a person helpless against biotoxin sickness, it additionally makes detoxification very difficult Staying in this innate immune system stage creates a chaotic and ineffective inflammatory immune response in which a cluster of multi-system, multi-symptoms can appear, all of which can make it difficult for one to get a diagnosis of mould illness.

Being chronically in this state of inflammation after a period of time can lead to brain inflammation and atrophy. Changes in the brain can be found. Symptoms such as brain fog can develop. Research has shown a strong link between inflammation and mental sluggish/brain fog. Dr Mazaheri has mentioned that specific parts of the brain network that’s affected by inflammation could explain symptoms such as ‘brain fog” in certain patients. Brain fog, fatigue, and depression are thought to happen in an inflammatory state because the inflammation slows down conduction between neurons. As a result, the brain slows down more easily when doing things like reading, working, concentrating, or driving for any length cause fatigue.

Other conditions such as dementia, Alzheimer’s, Parkinson’s, multiple sclerosis have been found to also be associated with this brain inflammation. Not surprising that Dr Shoemaker had discovered Inhalational Alzheimer’s Illness (IAD) proven there to be a link between CIRS and Alzheimer’s disease.

Other symptoms can develop in the diagnosis of CIRS and vary from person to person however other common symptoms could include:

With an estimated 40% of homes being predicted as water damaged in Australia and around 24% of the population being a carrier of this HLA-DR (human leukocyte antigen) gene you could estimate that around 1 in 7 people in Australia are likely to suffering from a cluster of CIRS/Mould illness related symptoms such as brain fog and memory loss.